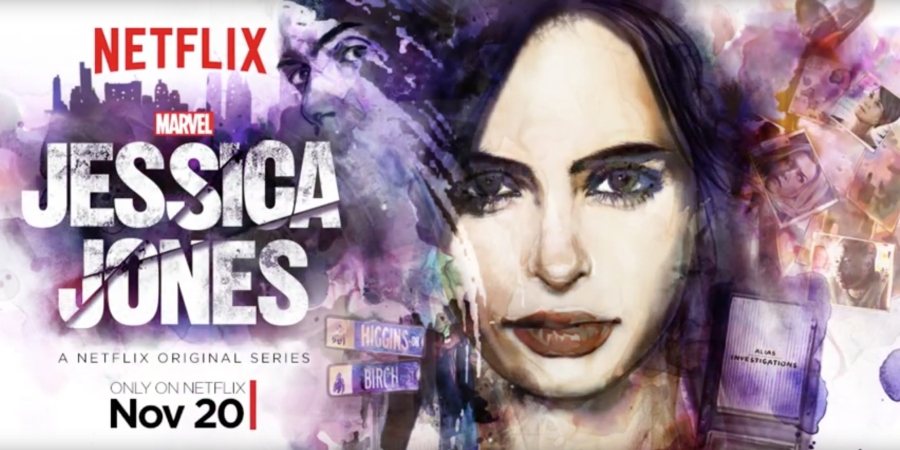 So, I’ve talked about this show in a few places now.

Now for the long version.  Jessica Jones is, hands down, the best depiction I have ever seen of a sexual assault survivor dealing with PTSD and its assorted symptoms, like hyper-vigilance, flashbacks, nightmares and the like.  Krysten Ritter is fantastic as Jessica.

Now, I’m not very far into it yet, because I have to watch it slowly.

The first episode made me forget to breathe several times, and at the end I curled up on the Geek Husband What Rules’s chest sobbing.  Both because the show is triggery as hell, and because it was just so gratifying to see survival of sexual assault depicted so very frankly, and non-judgementally.  It’s a view and depiction of sexual assault survivors that needs to be seen more frequently.

The show is full of weird little things that hit you right in the feels all over the place.  Like one of Kilgrave’s victims asking Jessica to kill him, scrawling it on a notepad, after you watch his uber religious mom fuss over him and talk about having him back unable to care for himself or even talk is a “blessing from God.”

We just finished episode 3, and the introduction to Kilgrave is just disturbing as hell.  And as you think it over later, just gets more and more disturbing.

Most of the roles Krysten Ritter’s taken in the past have been focused around her playing the “bitchy girl.”  This role is a real breakout for her, and I’m really glad that whoever did the casting took a chance on her.  She’s perfectly imperfect.

I’m looking forward to watching the rest of the season, one episode at a time with comedy afterwards.

Not every sexual assault survivor is going to be able to watch this show, it is triggery as hell.  I’m serious when I say I would forget to breathe several times per episode.  Her PTSD and responses to it feel so genuine, so real.  So, please don’t watch it if you’re in a fragile place.  Trust me.  It’s fantastic, and I’m so very glad it’s in the world.  But take care of you first.