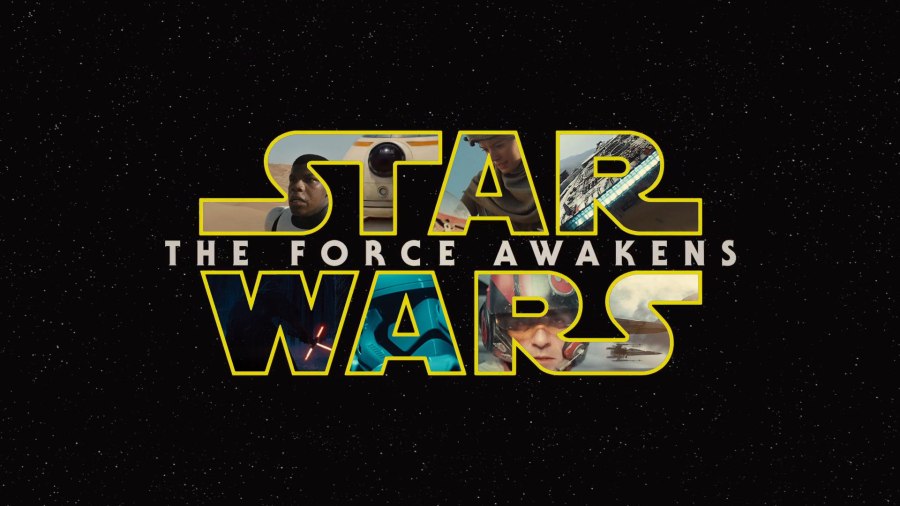 It will thrill you. It will make you laugh. It will break your heart. What it won’t do is disappoint you.

Without spoiling things, it’s the story of Finn (John Boyega) and Rey (Daisy Ridley), how they meet Han Solo (Harrison Ford) and Chewbacca (Peter Mayhew), and how they come to oppose the First Order and Kylo Ren (Adam Driver).

This is the first Star Wars film where creator George Lucas had no role or input, but I think his spirit is very much here. It feels like a successor to the Original Trilogy should, and acts as a palate cleanser for the inferior Prequel Trilogy (though it wasn’t as bad as some fans seem to think). The screenplay–credited to Lawrence Kasdan (The Empire Strikes Back, Return of the Jedi), J.J. Abrams (Mission: Impossible III, Super 8, as well as co-creator of television’s Lost), and Michael Arndt (Little Miss Sunshine, Toy Story 3)–recaptures the magic of the franchise as it begins a new chapter in its fictional universe. It strikes the right balance of action, humor, and seriousness, reminding fans of everything they loved about the Original Trilogy. If it has a weakness, it’s that it’s structurally pretty much an outright remake of the 1977 original, which means fans can see where it’s going, but Star Wars has proven before it can overcome predictability with the right magic, which it has here.

As a director, Abrams (Star Trek, Star Trek Into Darkness) has delivered his best film to date. His skillset meshes well with Star Wars, and unlike his Star Trek films, there’s more of a focus on storytelling over spectacle for spectacle’s sake. There’s spectacle here, and lots of it, but it almost never overwhelms the story or the emotional journey of the characters. Of course, Abrams is still a better mimic than an originator, so there are many visual references to scenes from the Original Trilogy, and he keeps hitting the nostalgia button for all it’s worth, but his love of Star Wars does shine through, and it carries the audience along because of their love for the franchise. As good of a job as Abrams did here, though, I’m still looking forward to Rian Johnson (Brick, Looper) taking over for the next film.

Cinematographer Dan Mindel (Star Trek, Star Trek Into Darkness) shot the production on 35mm and 65mm IMAX film, capturing the organic qualities of the Original Trilogy, and his lighting schemes deliver the look we’ve come to expect from a Star Wars film. I love that it was shot on film. As great as digital video can look, The Hobbit films never looked right in trying to match their film-lensed predecessors of the Lord of the Rings trilogy. Production designers Rick Carter (Jurassic Park, Avatar) and Darren Gilford (TRON: Legacy, Oblivion) expand the visual horizons of the franchise while staying true to its roots, and their use of practical sets as much as possible preserves the tone of a fictional universe that feels lived in. The legendary John Williams returns to score the film, and of course it’s everything we’ve come to expect from him over the years. The visual effects are top shelf, and there’s a good mix of old school and CG used to render them. Filmed on location in Abu Dhabi, Iceland, England, Scotland, and Ireland, and at Pinewood Studios in England, the film has an epic sweep.

The cast, old and new, is enthusiastic, bringing the story to life while carrying the audience right along with them. Boyega and Ridley are very much up to the task of being the film’s leads, both with character arcs where they have to choose to be heroes. Boyega’s Finn is very much the film’s ethical center as a man raised to be one thing but whose conscience forces him to make difficult choices, if only at first to find a way to escape what he’s supposed to be. Ridley’s Rey is a reverse Luke, a young person on a desert planet who feels she must stay there rather than run away to the stars, but when she finally assumes the mantle of lightsaber-wielding heroine, she really shines. Where the previous films in the franchise were centered around white men, this one has its banner confidently carried by a woman and a black man, which is significant.

Ford and Mayhew’s first on-screen appearance triggered applause and cheers throughout the cinema, and Ford is magnificent as an older, sadder Han, in some ways the Obi-wan of this film, mentoring the young characters. Mayhew’s return to his iconic character is another treat. Carrie Fisher makes her presence felt in limited screen time as a similarly older, sadder now-General Leia, and her scenes with Ford recapture their magic. I really hope her role is larger in the next film, because the more awesome women there are, the better. Anthony Daniels is in fine form as C-3PO. R2-D2 also makes an appearance, though he’s no longer performed by Kenny Baker (who was, however, an on-set consultant), and will be performed by Jimmy Vee (who has played multiple roles on *Doctor Who*) in future films. New droid BB-8 is a fun addition to the mechanical cast.

Among the baddies, Driver is an adequate lead villain. His acting is up to the task of the role as written but he simply can’t escape the long shadow cast by Darth Vader. Vader is one of the greatest villains in cinema history, beginning right from his very first scene. I don’t think any actor or character can ever live up to that in a Star Wars film. It’s like the Bond films. Everyone remembers Blofeld or Goldfinger, but most Bond villains are just pale imitations of them. Gwendoline Christie’s Captain Phasma is a good addition, and she’ll have a larger role in the next film, which I’m glad to hear. Andy Serkis is mysterious as Supreme Leader Snoke, the Emperor analog here. Domhnall Gleeson makes his mark as General Hux, Ren’s rival for favor with Snoke. Daniel Craig has a cameo as a Stormtrooper who comes under the sway of a Force-wielding character in a funny scene.

So the third Star Wars trilogy has begun, and it’s better than fans could have hoped for after the prequels. It’s a worthy successor to the originals, and I enjoyed every minute of it, from the opening Lucasfilm logo (which also brought cheers and applause in the cinema) to the thrilling final scene that sets up the next film. I left the cinema with a big smile on my face, and I often felt like I was 7-years-old and watching the original Star Wars again. If you’re a fan, I think you’ll be swept up in the film as soon as Williams’ theme sounds out over the opening title crawl.