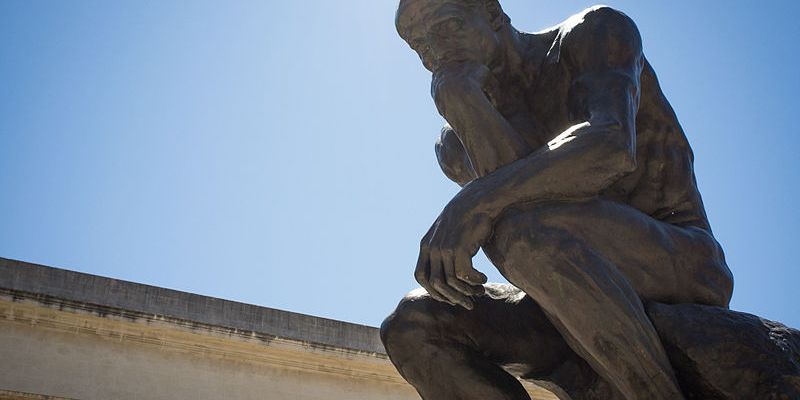 Ok, so it occurred to me that in that post on Engaging Critically with Media, I could have backed it up a bit further, instead of throwing a bunch of jargon at you without defining it.  I mean, I do this shit for fun, but not everyone views reading a huge book on how national trauma translates into the sort of horror fiction a society creates as a good time.  Yes, I just finished that one.  It was pretty good.  I think her chapter on the serial killer being a reaction to the Reagan years was a little forced, but I see where she was coming from.

Anyway, I’m going to continue using horror as an example to start.  But I’ll jump over to SF/F in a minute.  Both of these genres have pretty well-delineated tropes that are fairly easy to understand and recognize.

Horror movies.  What are the dominant tropes?  Watch Scream

, and that movie will outline all of them for you while committing them.  But not all movies are quite so meta.  So, how do you know what you’re looking for.  Well, as I said before the main tropes of horror movies are:  Have sex and you die (exception being, sort of, Cherry Falls

), Do drugs and die, Push people around and die, Split the group and die, Overly concerned with your appearance (vanity) you die, Be a Person of Color (POC) you die…  Those are just a handful.

When you’re asking yourself if you’re dealing with a misogynist or racist piece of media, look at a few things.  Who dies first?  Why do they die?  Who gets naked?  Who survives?  Why do they survive?  If they’re female do they need to be saved by outside forces?  What color is the villain?  What gender?  Do they embody harmful cultural ideas like sluts, old women, the developmentally disabled, those with mental health issues, and POC are evil?

And I’m not telling  you these things to ruin your fun, although they may for a bit.  I’m telling you these things so that you don’t look like an idiot the next time someone comments on how racist or sexist something is.  There is nothing that makes people write you off like blindly yelling “Nuh uh!” instead of being able to support your opinion.

For example, I can say, “Well, Yellowbrick Road had a few problematic bits, like the most violent person being male, and the first victim female.  BUT no one gets naked, no one is punished for sex, and since everyone dies, and a woman kills the super violent dude, I feel it is far, far, far less sexist than, say, the Friday the 13th movies. In the Friday the 13th movies, the second a woman gets nude, you know she’s going to be murdered, there are enough scenes of teenagers being killed while having sex that many documentaries on the genre have whole montages of just those deaths, drug use is also punished, and the most sexually pure person is nearly always the survivor.”

Ta da!  Don’t ignore the problematic issues in the thing you  like or are trying to describe to people.  Let people know that you appreciate the problems they may have with a certain piece of media, and that you understand why they wouldn’t choose to watch it.  Don’t deny those problematic things.  I will point you back to the Social Justice League for that one.

Now for SF/F films.  Not near so many people dying (depending on the film), but these films have their own problems.  Often times they are overwhelmingly white, and male.  Most SF films do not pass the Bechdel test.  I fucking love the Avengers [HD]

(ok, not strictly SF), but it does not pass the Bechdel test.  The only three named female characters never speak a word to one another.  However, the Bechdel test is just a starting point for a discussion of sexism in film.  One thing that stands in the Avengers’ favor is that Widow is really the driving force of that movie, for me.  She makes it up to the top of Stark tower, and pushes the staff into the whats-a-ma-thingy.

The other problem a lot of SF/F films have, much like comic books, is “fridging” women.  The longer term is “women in refrigerators,” which is short hand for killing off a wife or girlfriend to give the hero a reason to fight or go on.  Hansel and Gretel: Witch Hunters [HD]

fridges Mina, after she has sex with Hansel, so just a touch of that horror trope right there.  How many dead wives, daughters and girlfriends do we need in movies?  Why can’t the hero go on because it’s the right fucking thing to do?  And why is the hero so often a dude?

If we’re dealing with the far future, space travel and extra-galaxy colonization, it’s pretty fucking depressing that we can’t even imagine gender equality and parity, now isn’t it?  And as for fantasy, if you’re already adding elves, dragons and orcs, how fucking historically accurate does it really need to be?  Hmmmmm?

Sorry, those are both a bit of a button for me.

So for SF/F, or really any action film, because those do tend to be fairly action-y, ask a few questions?  Who is the hero?  What gender are they?  Are they straight?  Are they white?  Do they need to be?  Who dies and why?  Does a character seem to exist solely to die gracefully and spur the hero on to greater feats?  If so, what are the respective genders?  Who needs rescuing, since someone nearly always does in these?

Don’t get me wrong, I love that Leia goes to rescue Han, but I am equally incensed that she botches it and has to be rescued by Luke.   That is fucking sexist.  And don’t even get me started on the fucking gold bikini.  So is the fact that although she is the leader of the rebel faction, and one supposes has been training for this shit far longer than a farm boy from Tatooine, AND that she should also be a Jedi by birth, the fact that it is Luke’s actions that save the days, and that Leia is not immediately trained as a Jedi as Luke is are fucking infuriating, and, you guessed it, sexist as shit.

These are just a few questions you can ask yourself, that can open your eyes to how racist and sexist a lot of our entertainment really is.  I’m not saying you can’t still like it, I mean, like I said, I love the Avengers.  I love the original Star Wars trilogy, I grew up on Star Trek.  But all of those things have issues that, as a good fan, you shouldn’t ignore.  Just be aware of the failings of your heroes and your favorite media.  And push for them to get better.

And again, these are media I love.  I adore SF/F!  I love horror!  But they can be better, and I want them to be better.  I want to not feel like the media I love are at best indifferent to me as a consumer, and at worst, actively do not want my money or my devotion.

Oh, and Honey Badger’s first two songs are available for download here, for free or pay what you want.  We’re also part of a larger compilation to benefit a local venue, with a song written by yours truly.  Check it out (we’re track 16).  We’ll also be playing at the Kraken on January 24th.