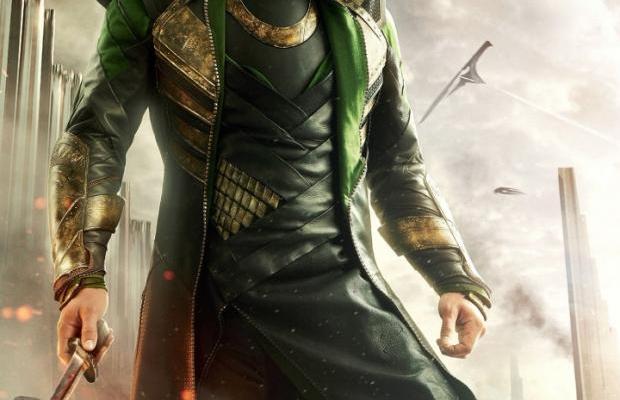 Or as it’s known in our household, Loki 3.

I enjoyed the hell out of this movie.  It  had a much faster pace than the first Thor, following a more Avengers type pacing.  Tom Hiddleston was fucking amazing, of course.  Well, everyone was.  I think that Chris Hemsworth and Natalie Portman being more familiar with one another helped as far as chemistry.  I know that according to a lot of people that they didn’t necessarily buy the attraction between Thor and Jane in the first movie.  But in this one, I felt they were far better at playing up the sexual tension and affection.

Idris Elba continues to be incredible!

The effects were seamless, the storyline flowed well. I really enjoyed this one.  Our friends Lukas and Lesley went with us to see it at the Boozey Theater near our house, because, according to Lesley, “I want to sit next to you and watch YOU watch this film.”  Apparently I’m entertaining.

Slight spoiler alert (next two paragraphs):  I cried like a baby when Frigga died.  I mean, open sobbing.  However…  upon later reflection, part of  me is all, “Hmmm, she taught Loki the majority of his tricks, and he pulls off faking his death.  I wonder…”  I mean, she could have known what it would take to get Thor and Loki to work together.  And well, let’s say that maybe she needs a break from Odin’s bullshit.  I don’t know, future movies will tell.

Lukas, when I voiced the  opinion in that last paragraph, and said that I really hadn’t cried as badly at Loki’s “death” scene, said, “Of course not, he’s a trickster god.  Faking their own deaths is the national past-time.”

A couple of things were a bit jarring, but probably are actually canon.  Like the laser cannons defending Asgard (see what I did there?).  That was a little weird.  I’ve read some Thor, mostly in cross-overs with X-men, and in the Marvel What If…? series.  Oh, I love those.  I think my favorite was What If Wolverine was Lord of the Vampires?  Best What If ever.   But I digress.  It just felt odd, because the bulk of what we’ve seen of Asgard to this point has been very, medievally, renaissance faire stuff.  Then suddenly there’s laser cannons and flying chariot thingies, that bear an unnerving resemblance to the alien flying thingies in Avengers?

I was emotionally unprepared for that.

I’d been spoiled a bit, because I’m on tumblr and we all know how impossible it is to avoid spoilers over there, but that didn’t bug me too much.  So, yeah, I really enjoyed it.  It was pretty, there were explosions.  Kat Dennings is fucking adorable.  I really liked that Dr. Selvig was having some issues from his encounter with Loki and the Tesseract, I really do wish they hadn’t been played so much for laughs.  And the idea that Thor has to bail out Sif is a bit grating (Love Jaime Alexander!)  But overall I really liked the movie.  And the easter egg with Benicio del Toro as the Collector at the end.  EEEEEEEEEEEEEEEE!!!!!!!!!!!!!!!!!!!!!!