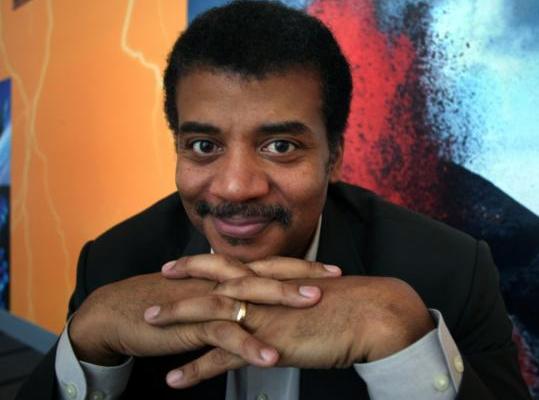 This was yet another twitter comment.  As always, if you want me to name you, I’ll do it.  But don’t feel obligated.  In the middle of the question and answer period on Sexy Geek Boys and if men got their geek cred challenged like women did, someone asked why sexy was even a factor at all?

And because my brain works like it does, I have been mulling over this question for the past week.  And it is, as always, a multi-faceted subject.  Because if you go on pure physicality, I’m the first person to tell you that conventional “sexy” is one of the least important things to me when deciding who I want to get funky with.  Also, there is no such thing as a one-size-fits-all definition of sexy.  It’s incredibly subjective.  If you get a group of people, even people with a lot in common, together and ask them who they think is the sexiest person on earth, you’ll probably get as many answers as you have people.  Unless you’ve cherry-picked for one response, like say, asking tumblr who’s sexiest, then you’ll get Benedict Cumberbatch, Tom Hiddleston, Jared Padelecki, Jensen Ackles, a smattering of Robert Downey Jr. and Mark Ruffalo and Christina Hendricks, London Andrews or her boyfriend (Kurt).

So the first problem we’re dealing with is a definition of sexy.  I mean, my definition of sexy includes smart, funny, twisted sense of humor and kind to animals.  I know other people who stop completely at some form of pretty/beautiful, and just don’t care beyond that.  There are others who limit their sexy to people who engage in one sort of sport or activity, i.e. rugby players or hockey players.  Other people are attracted to people solely on the merit of membership in an organization like Mensa or a career choice, like astro-physicist or fireman.

So, when you ask why sexy is important, you kind of have to define what sort of sexy.  And I’m pretty sure my commenter was talking about physical sexy, playing sexy, being half-naked (or more) and flashing the bedroom eyes.  And the answer to that is “Yes and No.”  Yes, it is important to some people.  A lot of people make a lot of money out of marketing their physical sexuality.  It is a choice people make that no one else can make for them.  And it is work.  Maintaining a body to the standards required to market it as a commodity is work, regardless of whether you’re selling a conventionally thin, unmarked body, a fat body or a “modified” body.  There’s maintenance that goes into your presentation of that body.

Is sexy important to geeks?  Obviously.  Watch an anime, or read a comic book, and try to tell me it isn’t.  Is it a warped and hugely misogynistic version of sexy that is the most marketed, oh hells yes.  But does that mean we try to just eradicate the sexy completely? I don’t think we can.  Because nearly everything is sexy to someone.  Things that you would never in a million years think anyone could find sexy, they do, and I’m not just talking about people, I’m talking about objects, acts, words, thoughts…  We can’t eradicate sexy, and I don’t think we should try (nor do I think that was what my commenter was getting at, before anyone accuses me of straw man-ing).  I think we need to broaden the description of sexy to be more inclusive.

Sexy is important to geeks, because sexy is important to people.  We like to pretend on so many levels to be above “animal urges” and that’s bullshit.  We are animals, I know a lot of people go to a lot of mental gymnastics to convince themselves we’re “above” the animals, but that just isn’t so.  Evolution is not a mountain with a peak labeled “human.”  And sexual urges are part and parcel  of the human experience for most of us (for most people, there are many people who either don’t have sexual urges or experience them on a much diminished level, and there’s nothing wrong with that).

“The problem isn’t sexy, it’s when you start basing someone’s worth solely on whether or not they are sexy, and nullifying the fact that what you don’t find sexy, other people might”, says the Geek Husband What Rules.  And he’s right.  When you base your sole estimation of someone on whether or not they’re fuckable, you’re an asshole.  And when you think you are the sole arbiter of sexy for everyone in the entire universe, you’re an asshole.  The GHWR likes bigger girls, but he fully realizes that not everyone does, and as far as he’s concerned, to each his own.  I like…. people.  I have a slight preference toward muscular butch women and androgynous dudes, but that has NEVER stopped me from being with someone who is neither of those things.

But I get what the twitter commenter was going for.  Why do we have to have the hyper-sexualized female characters in comics and videogames?  Why do we have girls posing half naked with game controllers and comic books?  Why is every “femininized” male hero costume ultra-mega cheesecakey?  And I get the frustration with that.  I do.  Because it seems like we’re not even allowed to cosplay powerful male characters without turning them into some sort of Playboy Bunny male fantasy come true.  And that’s annoying to a lot of us.

I’m totally not knocking those women who WANT to cosplay whomever sexy, but so much of our sphere as women is limited and defined by sexiness in this society.  Look at a list of women’s costumes on any costume site:  Sexy witch, sexy vampire, sexy gangster, SEXY BIG BIRD!!!  I shit you not.  There’s a Sexy Elmo costume, a sexy Finding Nemo costume, tons of sexy schoolgirl, Alice in Wonderland and Dorothy from Oz costumes.  There is not a single solitary costume for dudes that does not have a sexy female analog.  Seriously, try to find a non-sexy specifically female costume.  I dare you.  I’d wait, but we don’t have that much time.

So I both understand why women who cosplay do cosplay sexy female characters (there largely aren’t any other types) or cheesecake up male characters, because it’s what we’ve been told our entire lives, that is where our worth lies, even to many of our male geek counterparts.  It’s the quickest way to get attention and compliments on your costume, sexing it up as much as possible.  And it sucks.  Because it’s playing into an incredibly restrictive definition of sexy that limits people sexually and emotionally.  It also encourages body-shaming and slut-shaming to flourish in what needs to be a more welcoming and inclusive community.

If you like the blog or the podcast, or if you would like to help fund my Sexy Marjorie the Trash Heap from Fraggle Rock cosplay, please, please, please donate to keep us going.  Donations go to pay for the podcast hosting and website domain, primarily.