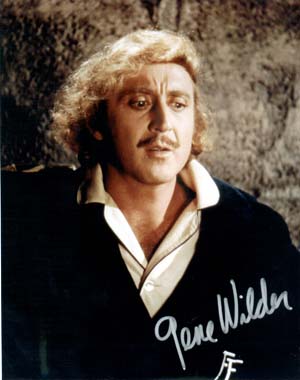 Ok, so I’m doing a lot of these analyses of fan culture lately, and that is in part because my twitter followers wade through my goofy tweets and ask really important trenchant questions.  They make me think, a lot, and I love them for it.  So big hugs to all my twitter followers!  You guys rock so hard!!!

So one of my followers (I don’t name names unless they specifically tell me I can) tweeted at me in response to something I retweeted about how there are other ways for dudes to compliment female cosplayers without immediately jumping to their fuckability.  Even my more enlightened rather feminist male friends are likely to, when seeing a woman cosplaying a character, begin their estimation of her costume with how fuckable she is.  Granted, most female characters out there to BE cosplayed are pretty sexy to begin with, which is an entirely other kettle of fish*, but instead of starting with the quality of the costume, the accuracy, the skill with make up, they immediately leap in with “I’d do her.”**

If you ask a Cumberbitch or Hiddlestoner what they like about that actor, they may lead with hot, but that will quickly be followed up with things like, “so talented,” “have you seen the interviews? He’s so smart!” “He’s well-read, intelligent, seems like a really nice guy,” and the list goes on.  The fangirls don’t stop with hot, they’re into the whole package.  I then talked about the fact that if you look at a movie like Avengers, there are more conventionally attractive guys in it, like Chris Evans or Chris Hemsworth, but that the biggest squee is over Tom Hiddleston.  Fangirls aren’t just looking for hot, they want the other stuff, too.

I mean, I find Benedict Cumberbatch attractive, but I have to admit, he’s kind of funny looking, and not at all what you’d consider conventionally handsome.  Yet, fangirls are all over that, like whoa. There’s a gif going around tumblr of a fan standing up at SDCC to tell Jensen Ackles that when Supernatural first started, that they all thought he was handsome, but that over the course of the show they’ve come to realize what a fantastic actor he is, and what an all around great guy.   Those comments brought Ackles to tears.

That’s what fangirl objectification is all about.  Yes, they first notice an actor for hotness, but then it goes deeper than that.  Fangirls read all the interviews, dig up past projects they’ve worked on, scour the internet for information and old pictures, and they fall in love with more than the exterior (see recent post The Layers of Sexy).

Then I had to issue the disclaimer that I’m not exactly the go-to girl for conventionally handsome crushes, as my first celebrity crush was on Gene Wilder.  I love funny guys, what can I say?

*Let’s stop and think about female characters for cosplay.  The X-ladies: all sexy, DC women: all sexy, She-Hulk sexy, Spider-Woman, sexy, Sailor Moon, different category of sexy, but still sexy.  Pretty much all of the Whedon heroines, they’re either straight up conventionally sexy, suffer from Ophelia-syndrome (crazy sexy), or they’re “Hollywood awkward.”
**This is not all guys.  I just had a conversation with the Geek Husband What Rules and our friend Deke about how they think Felicia Day is adorable, but they like her because she’s a good writer, and a nerd and so nice and hardworking.  Or how they crush on Mira Sorvino because she plays videogames and is really smart and in mensa.  Also how the actress who played Kaylee on Firefly is cute, but really, really normal and not that interesting to them.