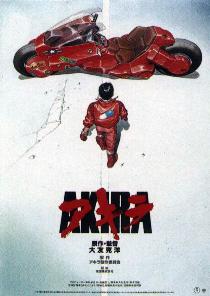 Sadly this is not an April Fool’s Joke.  I just didn’t realize what the date was when I scheduled it.

Ok, so we’ve all seen Akira, right?  I mean, it is kind of considered one of the really important works of anime, along with Macross, Gundam, or Ghost in the Shell.

Akira takes place in Neo-Tokyo and has pretty much an all Japanese cast of characters.

From Racebending.com, the list of the actors being considered for Tetsuo and Kaneda:

Did you notice something?

Are you kidding me?

Ok, look, Hollywood, did you not learn anything from that whole Airbender debacle?  And shit, this time you can’t even come up with some weak tea excuse like, “Well, it’s a fantasy world so blah blah blah…”

Japan is not a fantasy world,  you do not get to just erase the race of characters from a Japanese created and produced classic because  you’re too fucking lazy to find Japanese actors.  And I know there are Japanese actors because Japan has a fucking film industry.

Also, the Japanese, not a fantasy race you can pretend you didn’t know what they looked like.

Look, I actually am trying hard not to come off like some rabid, baka, ameritaku with a bug up my ass.  But COME ON!  It’s fucking AKIRA!!!

And yeah, I know.  You’re afraid Mr. and Mrs. Middle America won’t pay to see a movie with scary Japanese people in it.

You know what?  They aren’t the audience for this movie in the first fucking place.  So screw your kowtowing to the lowest common denominator.  You’re going to lose your main audience for this film, and that is anyone and everyone who loves the original.  All you’re doing is pissing us off and looking like a bunch of racist scum in the bargain.

Knock it the fuck off.