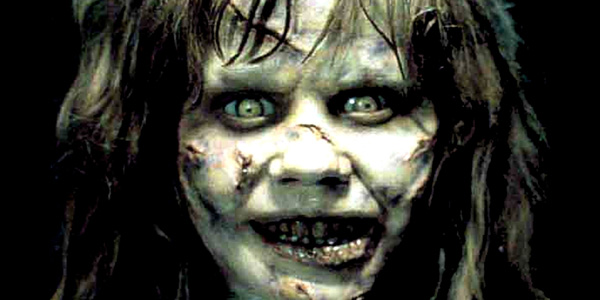 I am a lifelong fan of horror, in particular supernatural horror.  I grew up watching Monster Movies, Hammer and IP films on TV in the afternoons after mom’s soap operas, weekend afternoons, and late night on the weekends.
I also read every ghost story, haunting tale or spooky book I could get my hands on.  I partially blame my dad for this.  In a fit of desperation, broke and faced with a voraciously reading 8 year old me, he gave me an anthology of SF/F stories that included HP Lovecraft’s “The Colour Out of Space,” Isaac Asimov’s “Nightfall” and Ray Bradbury’s “The Veldt.”  An imaginative child who already had chronic nightmares and night terrors, those stories, unsurprisingly, gave me nightmares.  My mother was unamused.
I give you this background, my horror geek cred as it were, to ward off cries of “You just don’t like/get horror.”
You are talking to the person who until recently held an annual Hellraiser BBQ where all the meat was served rare and we watched all the films back to back.
So, yeah, I do in fact ‘get’ horror.  I love horror.
But I find myself once again leaving another horror fan group because I am so over all of the lovingly captured gifs and stills of mutilated, half-naked women.  I know horror movies with little to no nudity and victims of both genders, or even just men, exist.  I know they do, I’ve watched them.  But damn if you could figure it out from the gifs and pics in most online horror fora.

In fact, when I googled ‘horror’ to find an image for this post, as I scanned down the page, the majority of the images were of female victims in horror movies. You had to get several rows down before you got a shot of Jason, Freddie or Leatherface.

This is why I don’t engage much with other horror fans.  Because I spend most of the conversation bracing myself for the sexism to come pouring out of their mouth like fake blood in a Dario Argento flick.  There are exceptions, both people I know personally, and online.  I want to just throw a few links at you here.
Black Nerd Girls is a site with fantastic posts on horror.
Graveyard Shift Sisters, who are an excellent source of reviews and opinions.
Women in Horror Month, the website for this event every February for the last 8 years has a lot of great links.
Dread Central does a lot for Women in Horror Month.
And ZombieGrrlz Horror Podcast.
So it’s not like I don’t have outlets.  I talk to Black Nerd Girls and Graveyard Shift Sisters on Twitter a lot.  I just feel like I shouldn’t have to worry if I go to look at a horror fan site, will boobs suddenly flash up on my screen? Am I going to have to listen to a loving critique of a completely gratuitous rape scene?
I dunno.  Why shouldn’t sexist dick bags be the ones who have to search for forums instead of the rest of us who just want to read some actual critique and find some recommendations that don’t involve how many booby shots or whether the slut got hers in the end?
And this is a thing I would like to express to horror film makers everywhere. If you are going to eat it, you generally do not also fuck it.  Got that?  Can we please stop with the gratuitous rape scenes?  Yes, I get it. You want your baddies to seem bad, badder, the worst!!!!  I’m glad you think rape is the WORST.  Now, please stop that.
And maybe kill a few more scantily clad dudes while you’re at it.
KTHNXBYE
Thank you to all my Patrons!