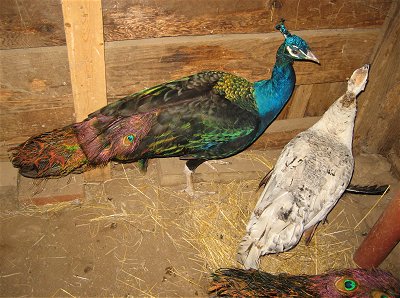 Ok, I’m not on G+ very often, and a lot of the people I follow or who follow me are game designers I don’t know very well, who I’ve “met” peripherally through other game designers. So. there are frequently people on there that I don’t really know how they’re going to take my “raging” feminism.  And because I do use it more for game design contacts, I don’t go off on feminism or sexism there very often.  But every once in a while my irritation gets the better of me.

Someone posted a link to one of this artist’s paintings.  Now she has some awesome fucking stuff on there, this concept art in particular is fantastic!  But that isn’t what they posted.  They posted this.  Now, it is a beautiful piece.  The colors are fantastic, and the artist is really awesome.  However, as I commented on that particular person’s share of that picture:  “I will never understand why non-mammals require mammaries.  Sigh.”  My comment actually followed someone else (male by their name) who had commented that it seemed just another excuse to draw a topless woman.

In response to my comment I received the “explanation” that mammaries are how you make things recognizably female.  I was also treated to a couple of snotty comments about my failure to grasp anthropomorphism.  I would like to tackle these two things one at a time.

Point 1:  Telling that something is female requires the presence of boobs.

I am going to go out on a limb here, and say that even with nary a mammary in sight, that everyone reading this could tell the difference between the males and females, or at the very least that there was a difference.

Mammaries are NOT required to demonstrate gender or biological sex.  They really aren’t. And it’s kind of lazy to rely on them.

Now, I’m not knocking this artist, because I see from her site that she does a lot of commissions, so in order to pay the bills you draw what sells.  I totally get that, and as the mercenary concept art I linked to above proves, she’s fucking amazing.  There’s a lot of art on her sites, that isn’t cheesecake.  Why do they always link the cheesecake?

Why do people commission cheesecake?

It’s still sexism, guys.  Putting mammaries on a squid to “show she’s female” is sexism, and terrible science.  Hell, even in most mammalian species the mammaries aren’t prominent or even visible unless they’re being used for their actual purpose:  feeding offspring.

I might be wrong, but I don’t see fuck all in that definition that mentions boobs.  I mean, yes, you CAN as part of anthropomorphism add boobs, and trust me I’m not averse to some sexy furry art.  But you know what?  LOLCATS is also anthropomorphism.  So  are about a hundred other internet memes.  To tell me my criticism of mammaries on a non-mammaliam creature to create cheesecake means I don’t “get” anthropomorphism is fucking ridiculous.  Look, I get it.  But I’m sick of constantly seeing boobs where they don’t fucking belong.  I’m tired of boobs being shorthand for “female.”  Especially since not all female (cis or trans or genderqueer) people, let alone mammals or other critters, HAVE prominent boobs.

The reason I commented on it is because I’m sick of fantasy art, be it comics, gaming illustrations, what the fuck ever, dishing up page after page after page of super boobalicious… everything (fuck, even squid aren’t safe) in fan service to the dudes.   And before you start, I’m just going to refer you to my last post on why comic, and by extension fantasy, art depictions of the male and female forms are not equivalent.  Let’s face it, had that Cuttlefish Goddess been a Cuttlefish God, would he have had a gigantic package?  Somehow I doubt it.  I went through the artist’s portfolio and most of the sexy stuff is women.  Granted the one sexy dude (Ok, I thought he was sexy) did look more like the depiction of Batman in that Shortpacked comic I keep referencing, than the male power fantasies we see all over the place, but still.

And it is not my intent to malign the artist, because she’s fucking amazing.  Go check out that first link to the mercenary concept art, it’s incredible!  I love it!  She just had the misfortune for one of her pieces to be my metaphorical last straw.  And I’m not mad at her.  I’m pissed off at the dismissive asshole comments I got after I said that.

Hell, everyone go and buy stuff to give her a break or something!!!  She does fantastic fantasy animals, really inventive and creative.

I’m just tired of boobs, boobs everywhere, with nary a thought to think about why.