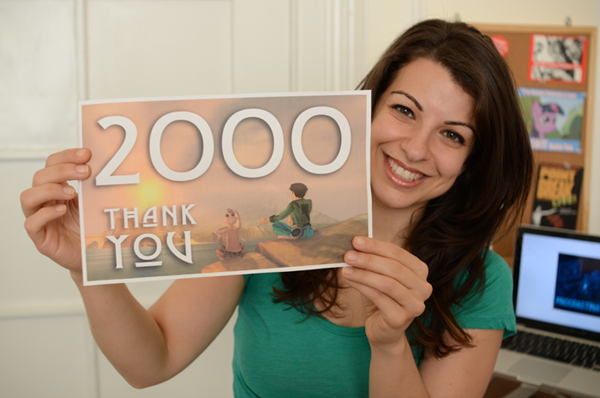 So, Anita Sarkeesian, who does the Feminist Frequency Vlog has decided to do a series on the tropes of women in videogames.  Now, she’s touched on this before, talking about Bayonetta and the ad campaign surrounding that game.  But this time she really wants to get into the meat of the roles of women in videogames, mainly oversexed villainesses, damsels in distress, and sexual fantasy fodder.  She did a Kickstarter (there’s still time to donate if you want), asking for $6,000 to fund this, and then the shit storm happened.

All these dudes, you know the type, got their knickers in a wad that a WOMAN would DARE speak out against their BELOVED VIDEOGAMES!  And the misogyny rolled in.  Fortunately, Kickstarter’s a lot more savvy now than they were even a few weeks ago, and have been stepping up to help her deal with the onslaught of insults, name-calling, and rape and death threats.  Because yes, the totally appropriate response to someone saying, “Hey, women’s roles in videogames are two dimensional and fucked up” is to yell, “You deserve to be raped to death, you stupid bitch.”  But, hey, what do I know?  After all I deserve to be raped to death for many reasons. They also vandalized her wikipedia page, and kept sending threatening emails and tweets.

Which is fortunate, in that EA games has decided to chime in on the misogyny thing by having Lara Croft have to fight off an attempted rape in the newest version of the Tomb Raider franchise.  Several other bloggers have taken this on already, including Ami at Escher Girls.  EA Games has issued a “clarification” on the original statements, but you know, given the trailer, available at that last link, I doubt their sincerity.  Did we really need more rape victims in media?  Why can’t Lara just be a badass because?  Why do we need a sexual assault, even an attempted one, to explain why she might be awesome?  Look, go read those other links.  I don’t have the energy to deal with it, and my gaming group’s already here.

ETA:  Also, here’s Jay Smooth being awesome on the subject of the harassment of Anita Sarkeesian.