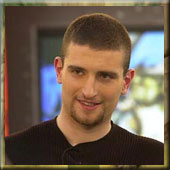 Ok, so by now you’ve all heard of the infamous Alyssa Bereznak.  She went on essentially a blind date with a guy she met on OKCupid, who turned out to be Jon Finkel, a Magic the Gathering World Champion.  This, in and of itself, would not be worthy of note, except that she followed up her date by writing a nerd bashing article on Gizmodo about it.  And no, I’m not linking to them.  If they, as ostensibly a nerd site, want to employ people who hate their main demographic, that’s their problem, I don’t owe them links for that.

Apparently the one part of the date that would have given me pause (first date, a play based on the life of Jeffrey Dahmer?), hardly phased her.  But the fact that he PLAYS MAGIC!  ZOMG!!!  Hide the farm animals and batten down the children!  And he STILL PLAYS MAGIC!  AND WAS PLAYING IN A TOURNAMENT THAT WEEKEND?!?!?!?  THE HORROR!!!!!

I know, I may be overdoing it with the sarcasm.  But really?  Magic is what turned her off?  Really?

I don’t play Magic anymore, only due to the fact that the Geek Husband What Rules and I used to get into some stupidly raging arguments over it.  We finally decided that we valued our marriage more than Magic, and quit playing.  But I hardly see playing it and being good at it as a character flaw.  In fact, I’m guessing  the same traits that make him good at Magic have also served him well as a high-stakes poker player, and at his day job, as a hedge fund manager.

However, those of you on all the other articles around the internet who think it’s funny to slam Bereznak on her looks, can fuck right off.  She didn’t say a damn thing about his physical appearance, and neither should you.  Also, those of you who think it’s funny to threaten her with sexual assault, or to talk about how you would sexual assault her as I’ve seen in the comments to other articles addressing this.  Not funny.

Look, I don’t like her as a person at all on the basis of this article.  I think she sounds distinctly like someone with whom I have NOTHING in common but biological sex.  But that doesn’t make it OK to be sexist assholes at her.  Is she shallow?  Yes.  Unpleasant?  Probably.  Judgemental?  Definitely.  A maker of poor decisions?  Absolutely.

So, let me give it to you straight.  I don’t think mixed geek and non-geek marriages are a good idea.  I’ve seen countless geek dudes marry a normal girl, only to wind up either segregating her so completely from that side of their life that they spend no time together at all, or I see them give up their geeky ways to please her.*  Both of these options frequently wind up in divorce.

You need to marry someone, as a geek, who is as passionate about their own interests as you are about yours, regardless of whether they’re the same interests or not.  So, say a Wow Dork can totally marry someone who is passionate about knitting, or in other words, a geek in their own area of interest.  The people you shouldn’t date are people who don’t get hobbies, don’t have hobbies and hate yours for taking your attention away from them.  So bear in mind that my definition of “geek” is pretty liberal.  I include people who do anything obsessively or are really passionate about their interests.  Because they understand when you turn into a gribbling nerd at the thought of the new Codex: Dark Eldar, because they just did it over Rosewood Knitting Needles

*This often leads to denigrating their past hobbies and pissing off all of their friends.