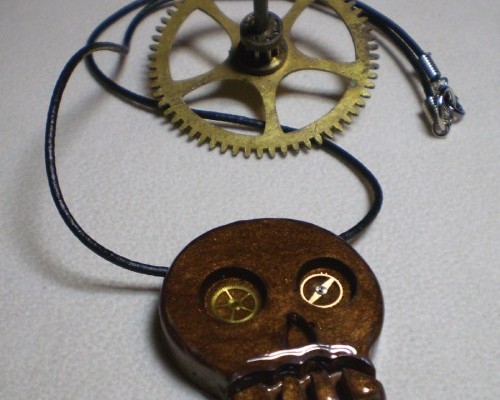 Well, I’m coming off the plague, otherwise known as Deth Flu.  I’m still coughing my lungs out, constantly, but I’m no longer fevery and stuff.  However, while confined to my couch, I watched a lot of stuff.

First up, The Unusuals.  This ABC series was cancelled mid-season, and I know why.  It’s because it’s funny, smart, well-written and interesting.  I love this series!  The Geek Husband What Rules watched it On Demand on Netflix, then when I was couch-ridden, made me watch it with him.  I love it, and I’m bitterly disappointed that they cancelled it, because  I really want to find out what happens to all of the characters, I want more!  It’s sort of a cross between Barney Miller and Hill Street Blues.

I also re-watched all of the first season of Torchwood, and watched the second season of Torchwood.  Having previously seen season 1, I was not prepared for the fact that nearly every episode of season 2 would make me cry.  I started Children of Earth, but only finished the first episode, as I didn’t think my sinuses could take anymore crying.  Hopefully, I’ll have time to finish it before too long.  Several of my friends and I refer to Torchwood as “Everything you ever wanted the X-files to be, with sexins.”  John Barrowman is ludicrously handsome, and a damn fine actor.  The entire cast has excellent chemistry with one another.  The writing is

incredible, even with the most  outlandish storylines.

Then, the other night, we watched Iron Man 2.  I enjoyed it, and while I know plenty of other folks have been somewhat critical of Jon Favreau as a director, I think he’s done an excellent job capturing the comic book-ness of the comic book movies he’s directed.  Robert Downey Jr., in what one might uncharitably call some spectacular typecasting, portrays an out of control Tony Stark brilliantly.  I was pleasantly surprised by Scarlett Johansson’s performance.  I had never really seen her in a role I could’ve picked her out of a line up for, but she really owned the Black Widow Persona.  Sam Rockwell really made me hate his character, and Mickey Rourke did brilliantly as Ivan Vanko.

Sadly, because of the Plague, and Valentine’s Day, our Marvel and Dresden Files games have been on a temporary hiatus, but we’ve got Dresden Thursday night, and Marvel should happen next Monday.

You’ll notice a few changes around here.  For starters is the Amazon Associates carousel over to the right.  Also, I’ll be adding a Donate Now button soon, because finances have gotten a little tight around the Geek House What Rules, and hosting for the podcasts and domain names are, sadly, not free.  In return I’ll be looking to posting more often and regularly, and please let me know if there is anything you would like to see me review or talk about.  Honestly, some of my best rants are the result of tips my friends and readers have given me.  So, there you have it.  If you like what you read here or what you hear on the podcasts, then throw some scratch my way.  If you can’t afford it, don’t feel bad, we understand.

Remember, you can always check out our Hot Geek of the Week over on our Tumblr.  This week’s Hot Geek is Julia Bond Ellingboe, creator of Steal Away Jordan.  We also have a Facebook, and Twitter.